With the summer comes increased heat and humidity, an excellent time to be out and about. This climate also brings the increased risk of heat rash and sun damage. Think you have/are prone to getting a heat rash? Common symptoms, precautions and treatments are below;

What is heat rash?

Heat rash, also known as prickly heat or miliaria is a common skin condition which often occurs in hot and humid weather conditions.

Heat rash occurs when the small sweat glands in the skin get blocked and are unable to secrete sweat onto the skin. Sweating, or perspiring, is the most common method through which the body regulates temperature. When you perspire, the water droplets formed evaporate off the skin, cooling it down.

When the sweat glands get blocked and cannot channel sweat onto the surface of the skin it can overheat, this results in a uncomfortable red rash known as heat rash.

What are the symptoms of heat rash?

The most common symptoms of heat rash are as follows;

Red bumps and spots on the skin

Small red bumps and spots can appear on the skin, common areas for heat rash include areas with skin folds such as the armpit and groin area, but it can appear anywhere on the body.

In some cases heat rash may lead to blisters which are filled with fluid to form, these are prone to bursting from friction brought about by clothes or rubbing.

Heat rash can cause a general uncomfortable feeling around the affected area, it can itch or feel prickly.

The affected areas are prone to redness and swelling as a result of overheating.

Who is at risk?

Anyone can develop heat rash but there are certain people that are more susceptible.

Babies are at risk for heat rash as they cannot control body temperature as effectively as adults and young children.

Overweight individuals are also at risk due to increased skin chaffing and increased contact areas.

The elderly have an increased risk of heat rash development due to lack of movement, this means reduced exposure to cool air.

Heat rash often goes away on it’s own after a few days. There are also many over-the-counter medications available for treating heat rash, speak to a pharmacist if you’re concerned.

Hydrocortisone creams are used to treat skin inflammation, redness and itching. These creams can help minimise the irritation associated with heat rash and help accelerate the healing process.

Calamine lotions are used to treat skin itchiness. This lotion won’t necessarily help to heal the rash but will definitely ease the symptoms.

If for whatever reason you cannot get your hands on over-the-counter medicines or just prefer home remedies, below are just a few proven to alleviate symptoms of rashes and inflamed skin;

Ice packs can help cool the skin and reduce the inflammation and redness associated with heat rash.

A cold shower can cool the skin down and minimise symptoms of a heat rash.

Aloe vera possesses many anti-inflammatory and antiseptic properties that can help with the heat rash. Not only will this prevent infections, it can soothe swelling and skin redness. Apply pure aloe vera gel to the affected sites for instant relief.

You should take the following precautions to prevent the formation of heat rash;

When the weather is hot and humid, tight clothing which sticks and rubs against the skin can promote the development of heat rash by constricting air flow. Ensure you wear loose clothing made of breathable fabrics when it’s hot outside or when you’re engaging in physical activities such as running or cycling. Examples of breathable fabrics include cotton and linen.

If you’re inside on a hot day make sure you turn the air conditioning or any fans on to promote air circulation and cool the room. If you’re prone to heat rash this will keep the skin cool and minimise the risk of rash formation.

Sweat glands can become clogged through excess dirt and oils present on the skin. Taking a warm shower with a gentle cleanser and using an exfoliating brush or loofah can minimise the potential of this happening. When it’s hot and humid outside you should be taking a shower/bath every day to keep your skin clean.

Using heavy oil-based creams and lotions increase the risk of clogged pores and therefore heat rash. Try and purchase lighter, gel-based formulations which have a cooling sensation on the skin and won’t block your pores. The last thing you want on a hot day is an oily complexion too, using lighter creams will mitigate that.

You should up your water intake in hot environment as you’re more prone to dehydration. By keeping your water intake high, your body can more effectively regulate temperature through perspiration, minimising the probability of heat rash.

To sum it up

Heat rash is a common skin condition affecting thousands of people every year, more-so during the summer months where the weather is hot and humid. Heat rash symptoms include small red spots, blisters, redness and inflammation of the skin and general itchiness.

To prevent heat rash you should wear loose, breathable clothing; limit exercise when it’s hot outside; use air conditioning when possible and stay hydrated.

Heat rash usually goes away on it’s own after a few days but in some cases it can last longer, or even worsen and lead to infection. If you’re concerned, visit a licensed medical practitioner for professional advice.

3 thoughts on “Heat Rash On Skin: Symptoms and Treatments”

You might have heard of infused waters, infusions or detox water in the past. Many celebrities and influencers alike swear by their skin and health improving qualities; but are these waters actually beneficial for your skin and overall health? Read on to find out Firstly, what is infused water? Simply put, infused/detox water is water […]

What Are LED Face Masks And Can They Benefit Your Skin? 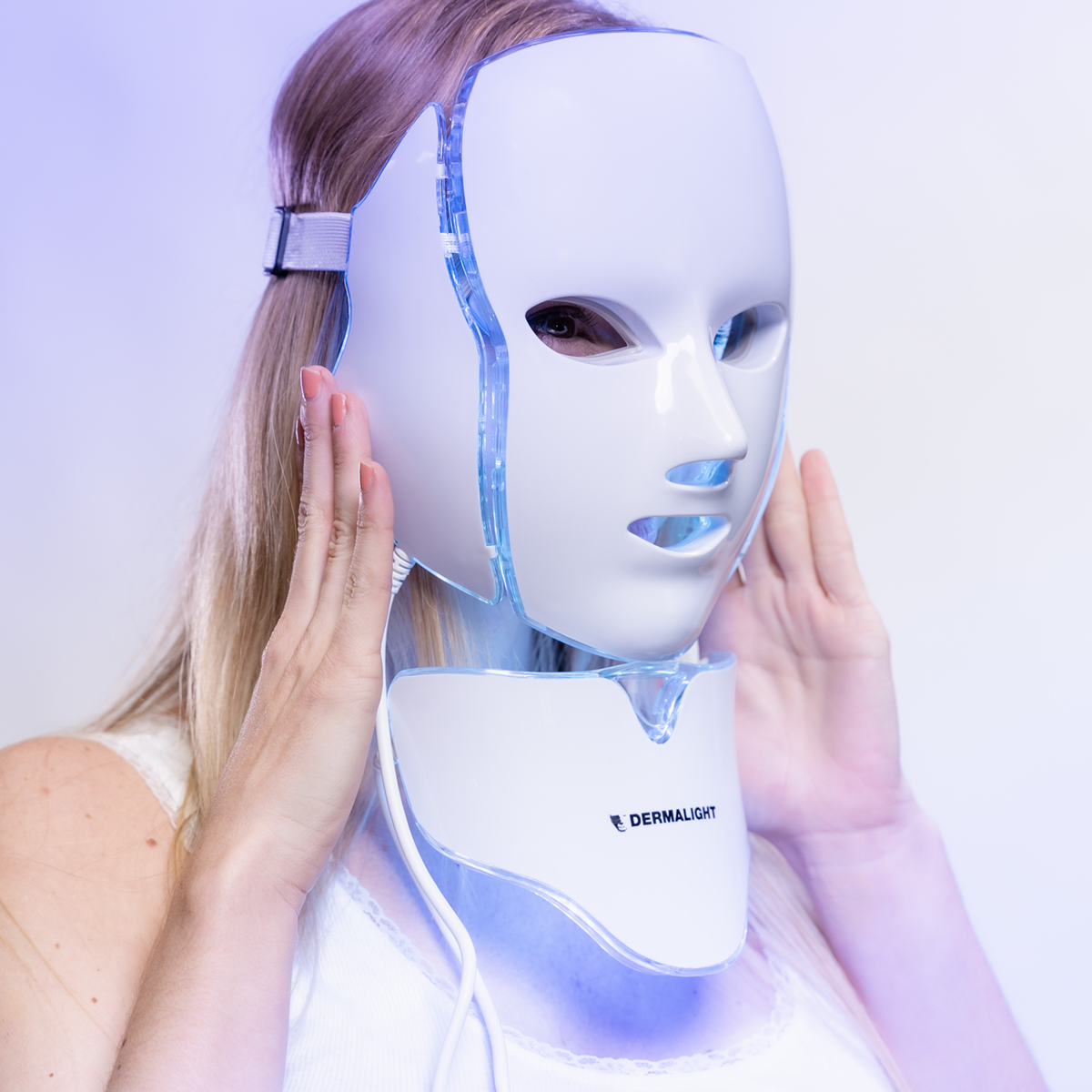 Tech and skincare, by no means a new concept but certainly one that has been gaining traction over the years. There are an increasing number of gadgets you can purchase for your skin, anywhere from facial steamers to LED face masks. But what are these LED face masks, and how can they benefit your skin? […]

Back Acne: Causes And Treatments

Back acne can be particularly irritating considering the number of surfaces your back is in contact with during the day; beds, chairs, bags and clothing to name a few. If you’re prone to getting back acne and are looking for a resolution, look no further. We’ve summed up the causes for back acne and put […] 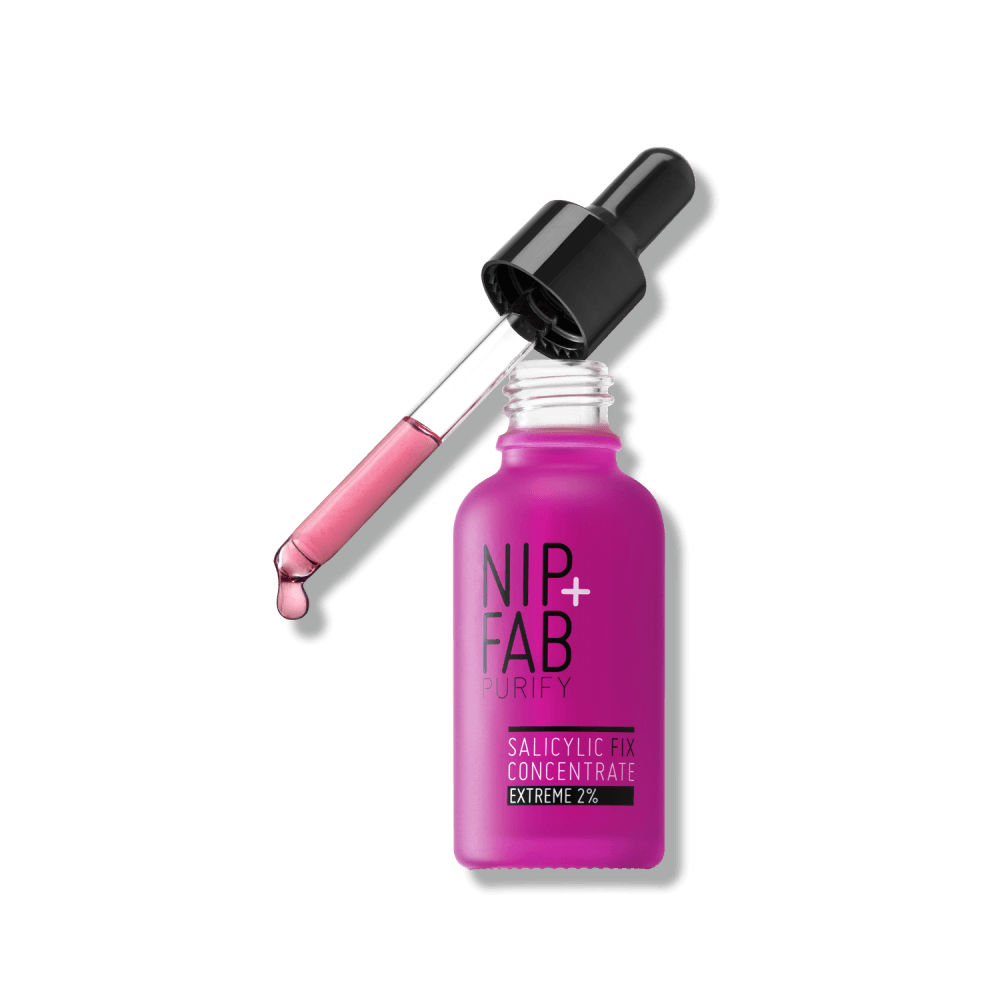 If you’ve heard of salicylic acid, you’ll know that it is the holy grail of ingredients when it comes to congested, oily or acne-prone skin. This solution by Nip + Fab not only includes salicylic acid which works to reduce pore sizes and clear breakouts, but also a few other key ingredients that can completely […]